The  30-minute  short film , in which Karen Sailer  tells her magical journey into a past life  in epic images , was shot in France in summer 2019 and celebrated its German  cinema premiere  with a standing ovation in November  . E ine week later he won  the award “Best International Short Film” at the Equus Film Festival in the U SA . In April 20, the Cosmic Cine Festival  awarded him the “ Special Impact 2020” award .

The aim of the short film was to act  as a  magnetic trailer for a novel and a large  film production. With the outbreak of Corona crisis and the growing need of the  M eople of  mind-altering films he became part of the new  streaming platform  Pantaray,  the  only films  show that  d he  transformation  of humanity serve.

You can see it at  www.pantaray.tv

An epic movie or a TV series with 5 seasons of 10 episodes – the story has the potential to conquer the big screen in every format. Inspired by hit films like Lord of the Rings and series like GOT, Outlander and Messiah, she interweaves the soul journeys of new women in an epic arc, from the persecution of wise women in the Middle Ages to the impact on their lives today

A small, mysterious equestrian figure gives Karen the key to her past life as a warrior in the 16th century. Together with her companions from back then, she will continue her mission in 2020 to reveal the dark secret of Christianity and to bring love back to a world that is finally awakening. 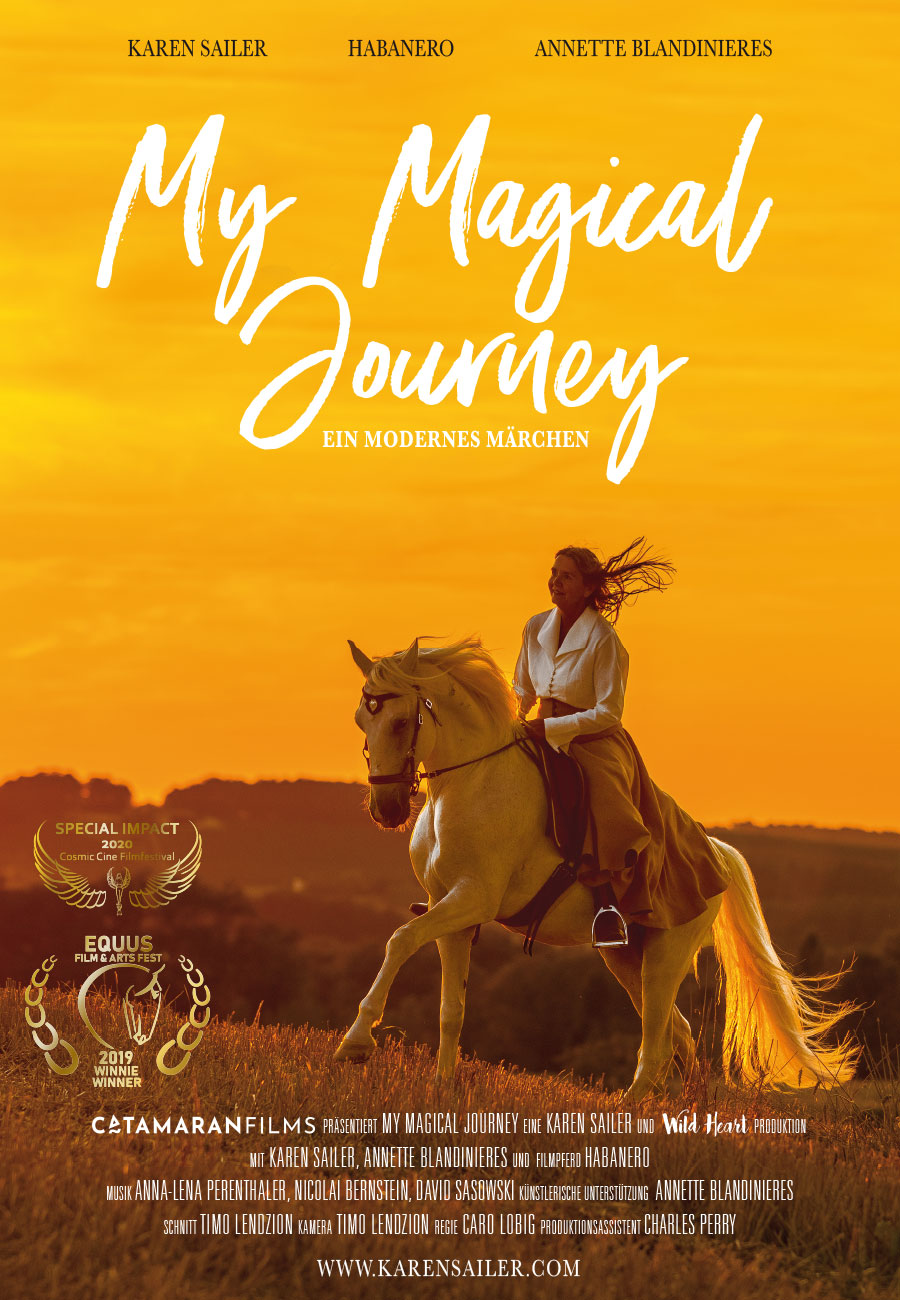 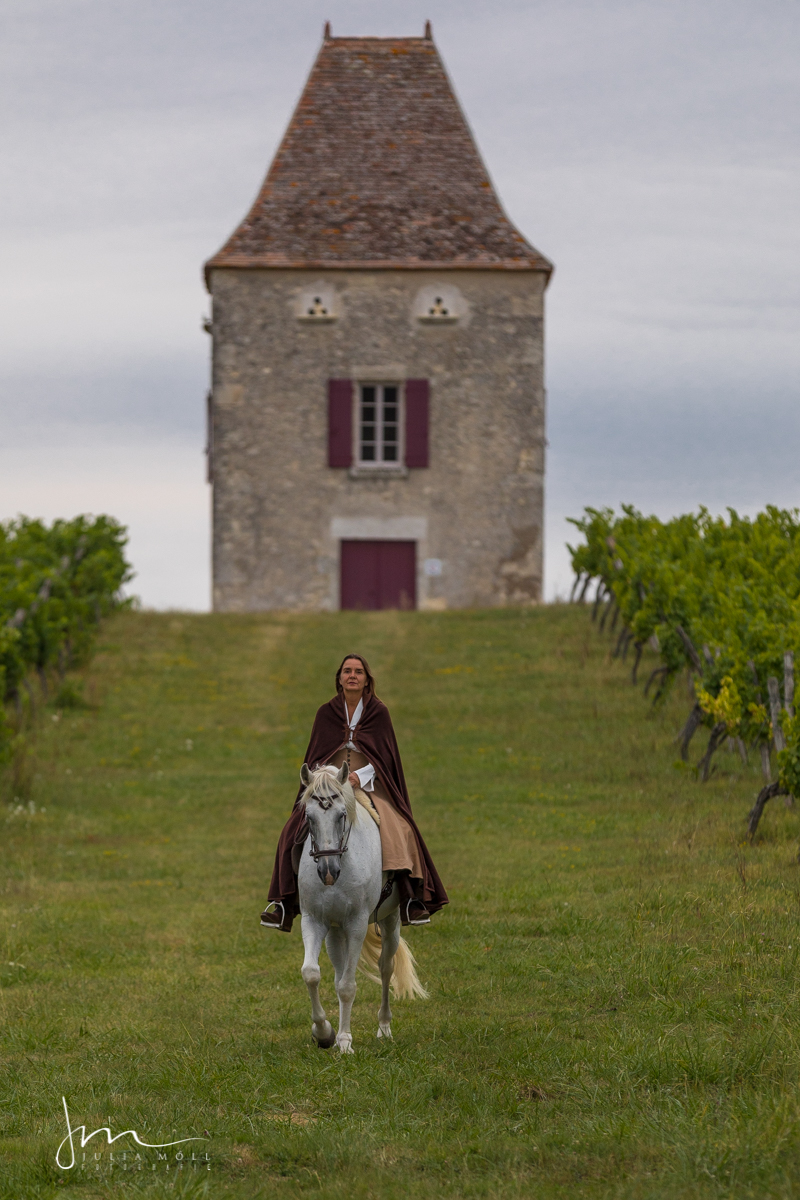 The world is changing. Old power structures are dissolving everywhere, leading to chaos and insecurity.

The history of the earth's evolution has 2000 years of male dominance behind it, in which female power has been degraded to a multitude of weaknesses. The history of women so far is a story of displacement that lives full of injuries and traumas in the deep consciousness of every person and above all every woman. The memory of persecution, torture and violent death is stored in people's cellular consciousness and now, in the time of collective awakening, leads to great internal conflicts. The increase in depression and illnesses are a result of this, which cannot be cured with current methods.

The time is ripe for a new awareness of who we humans really are, what power we have and how we can use it to create a new world order worthy of human beings. People have never been more open and ready to face a new perception and to receive messages of hope and inspiration.

At this point the film industry takes on a new responsibility. It's no longer just about entertainment, it's about producing films that support the process of human transformation without losing tension, wow factor and financial success. Films that create a bridge between fiction and reality, exchange weapons for the power of the heart and inspire people to get up and set off on their own path full of light.

Every man and woman, regardless of age, skin color and religion, will recognize themselves in their stories, because in everyone lives a soul that has lived many times and that is now ready to dissolve the shadows of the past in order to be the best in the world to provide.

Be part of the film family and watch LIVE how a film is made that will conquer the world. Karen and her team take you into their magical world. 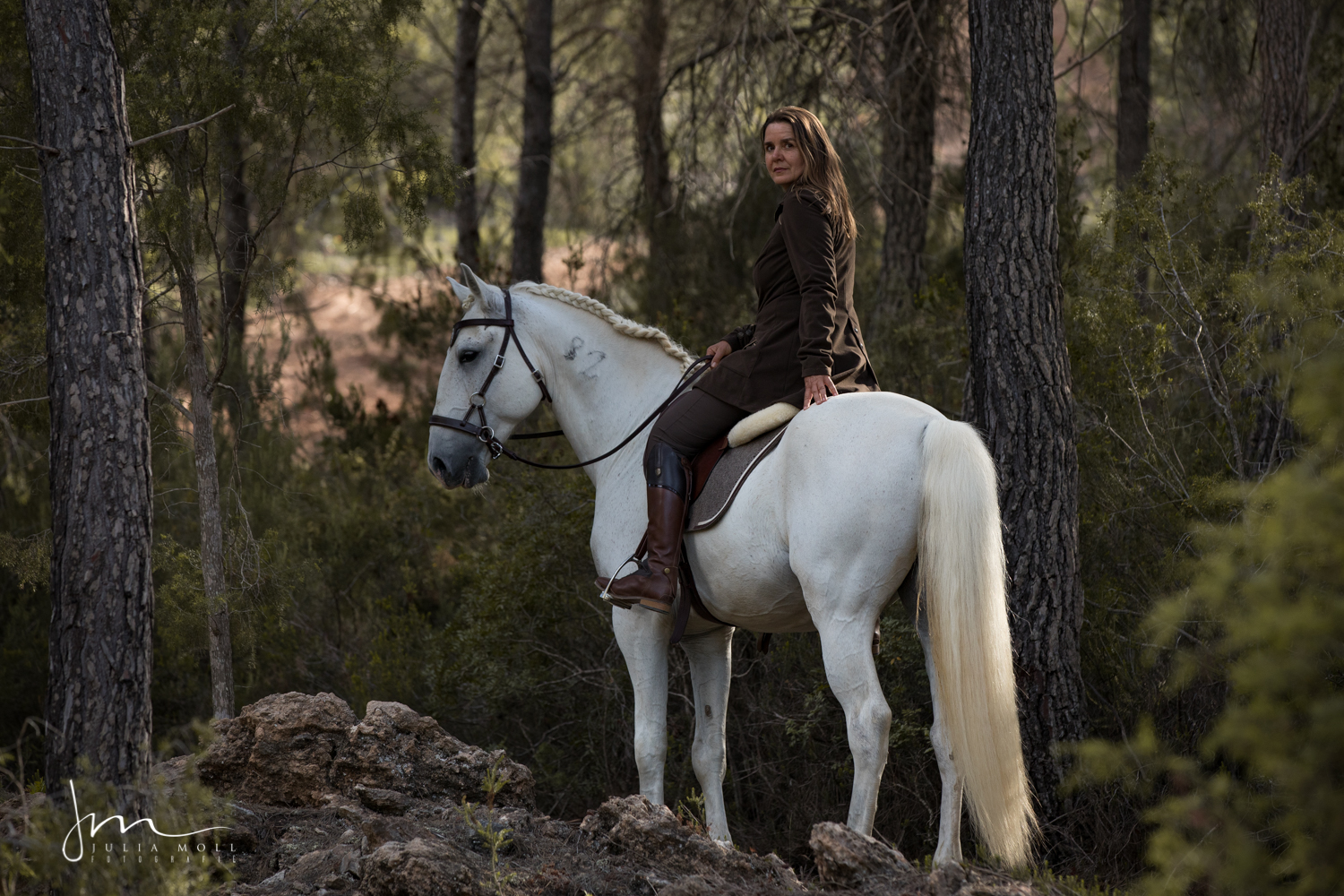 I was born with a special gift. I can remember past lives. That didn't spare me anything, but it explained a lot. Just like all people, I went all the wrong ways that life offered me. With one difference: I knew why. Not right at the beginning, but I went looking and always found it at some point. Just like I found the people, or they me, however you want to see it, who belong to me. Those who have decided to start again with me on the journey we call life.

The universe is a gigantic narrative and we all have our story in it. Souls are connected to one another with invisible threads and find each other when their time comes. Most of the time the journey starts with a little something. Something that we don't even attach importance to. Until it suddenly gets really big and our lives are unhinged.

The figure he put in my hand when I parted was very small. No bigger than a tiny bird and that's exactly what it felt like. She had a heart. A big, powerfully beating heart. Whenever I closed my fingers around her I felt it. Along with growing unrest. This familiar unrest that bode well. How well I knew her. And feared.

She pushed me out of everything I was familiar with. From my job, from my family, from all of my beautiful life. Once again something called me that I could not yet name. I only knew one thing: there was no point in fighting back.

And so I started my journey without knowing the destination.

Karen Sailer, born in 1962, grew up in Germany and has lived in Ibiza, Spain, since 1995. When she was asked at the age of 14 what she would like to become, she replied: veterinarian, textile designer, landscape architect, writer and filmmaker. She followed her common thread, studied veterinary medicine, was chief designer at a carpet company in Nepal for 7 years and then became Ibiza's most successful landscape architect in 25 years.

As a modern medicine woman, who has learned from the great wisdom carriers of our earth, she has extended her gift of transforming deserts into paradises to work with people and horses. In 2010 she founded the award-winning Alegria project, in which young people, together with horses, learn the spiritual and practical tools of life in order to be prepared for the world. Love your life, learn the tools, live your dream is her motto, with which she led thousands of women in her online program Wild Heart out of depression and towards their real life task in 2019.

Karen Sailer has shed her skin many times and, with the journey back to her past life as a warrior in France in the 16th century, opened a new chapter in her eventful life. The release of a 12-minute short film in February 2019 about her experience with the old equestrian figure and the decision to openly and authentically share her magical journey on social media made her suddenly a public figure that thousands of people have been following breathlessly since then. 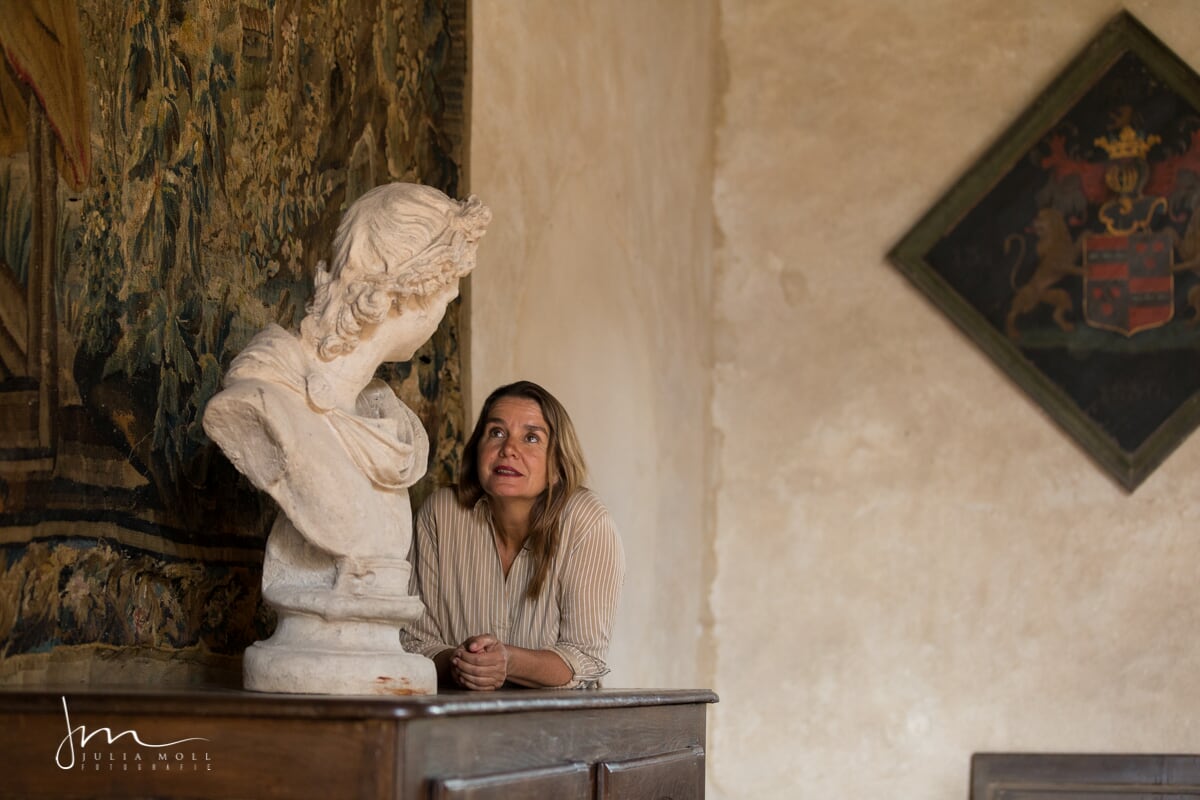 In summer 2019 she produced the 30-minute short film My Magical Journey, which received a standing ovation at the premiere in Cologne in November. A week later, it won the Best International Short Film Award at the Equus Film Festival in Kentucky.

In January 2020, Karen Sailer expanded her new career as a writer and producer to include other films that serve to transform humanity. Her first appearance as executive producer is on the documentary The Black Cowboy by Charles Perry, which tells the story from the perspective of the black cowboys who have been cut out of America's success story to this day.

In 2020 she will support the German cinema production Wildherz as a co-producer, mentor and actress.

Your magical journey is far from over. Her goal is to inspire millions of people with her films to lead an authentic, self-determined and mindful life so that a new matrix of respectful coexistence between men and women, the peoples, skin colors and religions on our planet can arise. 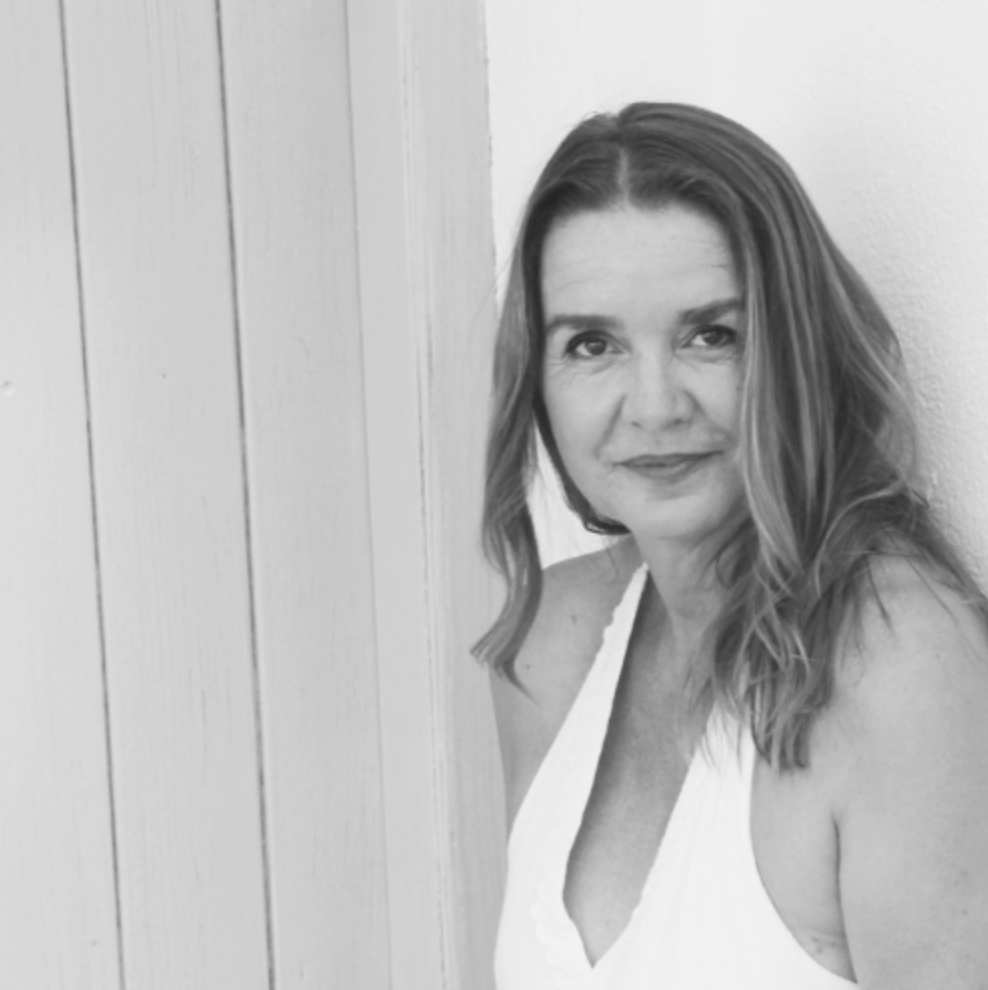